The Fan Becomes The Player 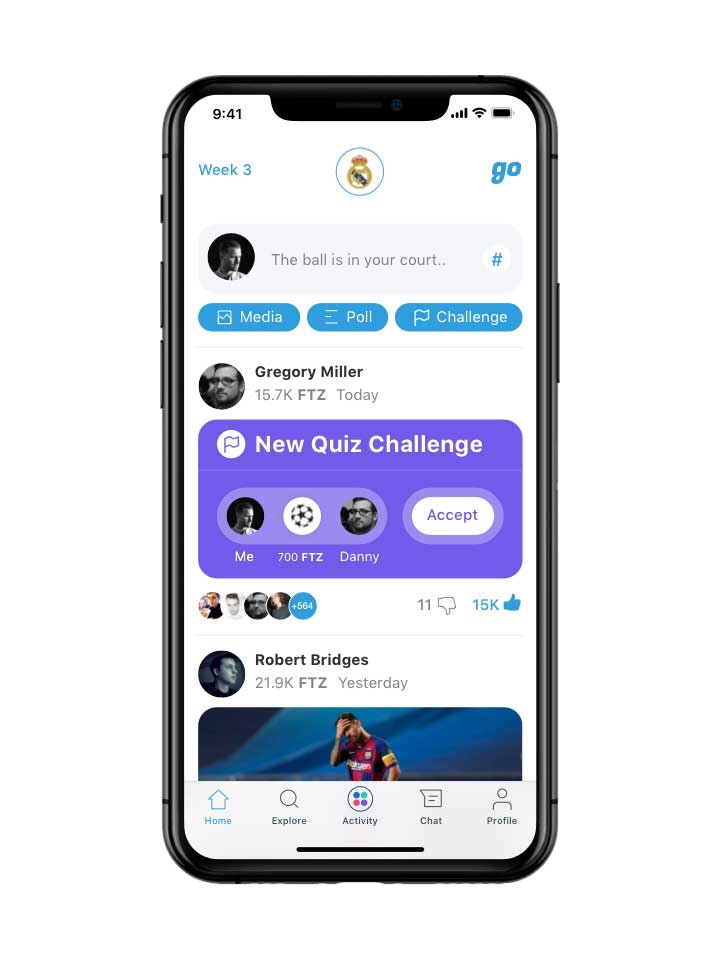 footigo
Football is the most popular sport in more than 57 countries and it belongs to the top 10 sports in 80 countries. Almost one person out of two in the world is a football fan. As a result football can be referred to as the most popular, most watched, most played and most revenue generating sport around the globe. Competition takes place on many levels. Nationally and internationally between clubs and continentally and globally between countries e.g. UEFA European Championship or FIFA World Cup. Many football fans would agree that “Football is not just a game, it is an emotion!”.
Year
2017 - 2018
platforM
• Web
• iOS
• Android
problem
Football fans are in millions. They use common social media heavily but yet there are only a few social media platforms that are tailored to their needs: A social media platform where fans can share their passion for football and connect with a like minded crowd. A place where users can actively expand their engagement beyond the stadium and TV screen.
responsabilities
• Branding
• UX Research
• UI Design
• Web Design
• Interaction Design
solution
Footigo is a social media platform made for football fans, where fans can connect, engage, inform themselves and share emotions. Users can get in touch with other fans and clubmates all over the world by joining groups and communities. Through elements of gamification fans become players and can compete against each other on behalf of their clubs.
results
A social media for football fans that extends their fan experience virtually. A place of shared emotions and engagement, strengthening the fan community and football scene. Footigo raised EUR 250’000 seed funding and within 6 months 100K users downloaded the App. 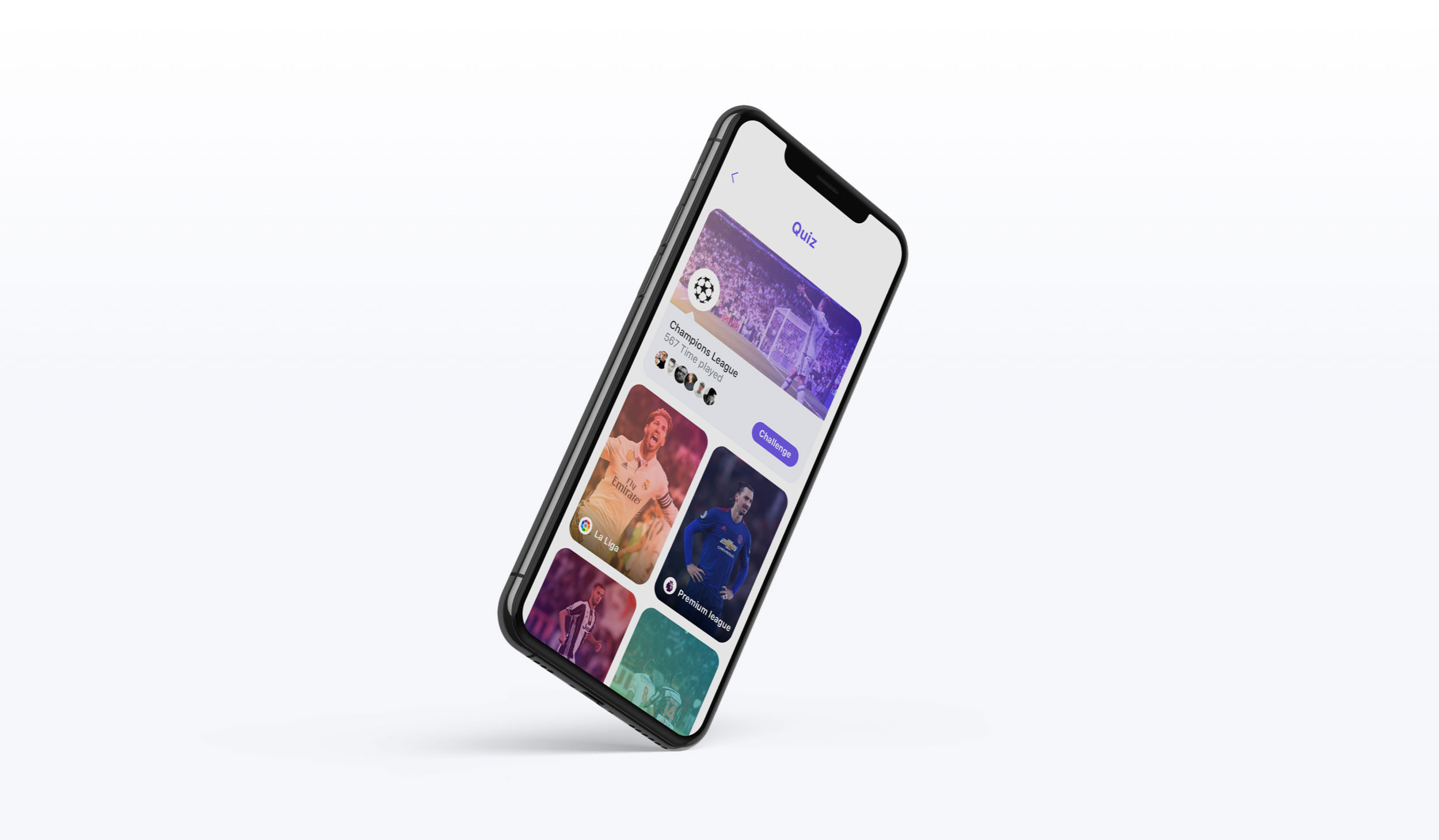 This project focused on the market segment of football fans with the characteristics of early adopters. It is important to understand the consumers of this market segment better, to validate the MVP of the application. The research is based on reports and studies conducted by research companies in the field of consumer behavior and economics Nielsen Sports.

For this market segment we identified three main user types, driven by different main motivations: social connection, affiliation and expertise. These three user personas served as the guiding start in the development of the features for the App.

When creating the structure of the app characteristics, motivations and needs of the user personas were kept in mind.

The sitemap allowed for a product flow in a module based structure. This led to some flexibility to add and delete specific product components without affecting the whole flow. In addition to that it helped to identify the components that need optimization more easily.

Before building the UI we had to ask where the UI is going to be displayed. We came up with a design system that assures usability, accesiblilty and consistency in different devices and screen sizes.

I shared some UI mockups with development team to validate the design system on all devices before building the complete design mockup. it saved US a lot of time as we validated what is technically possible and what is not. 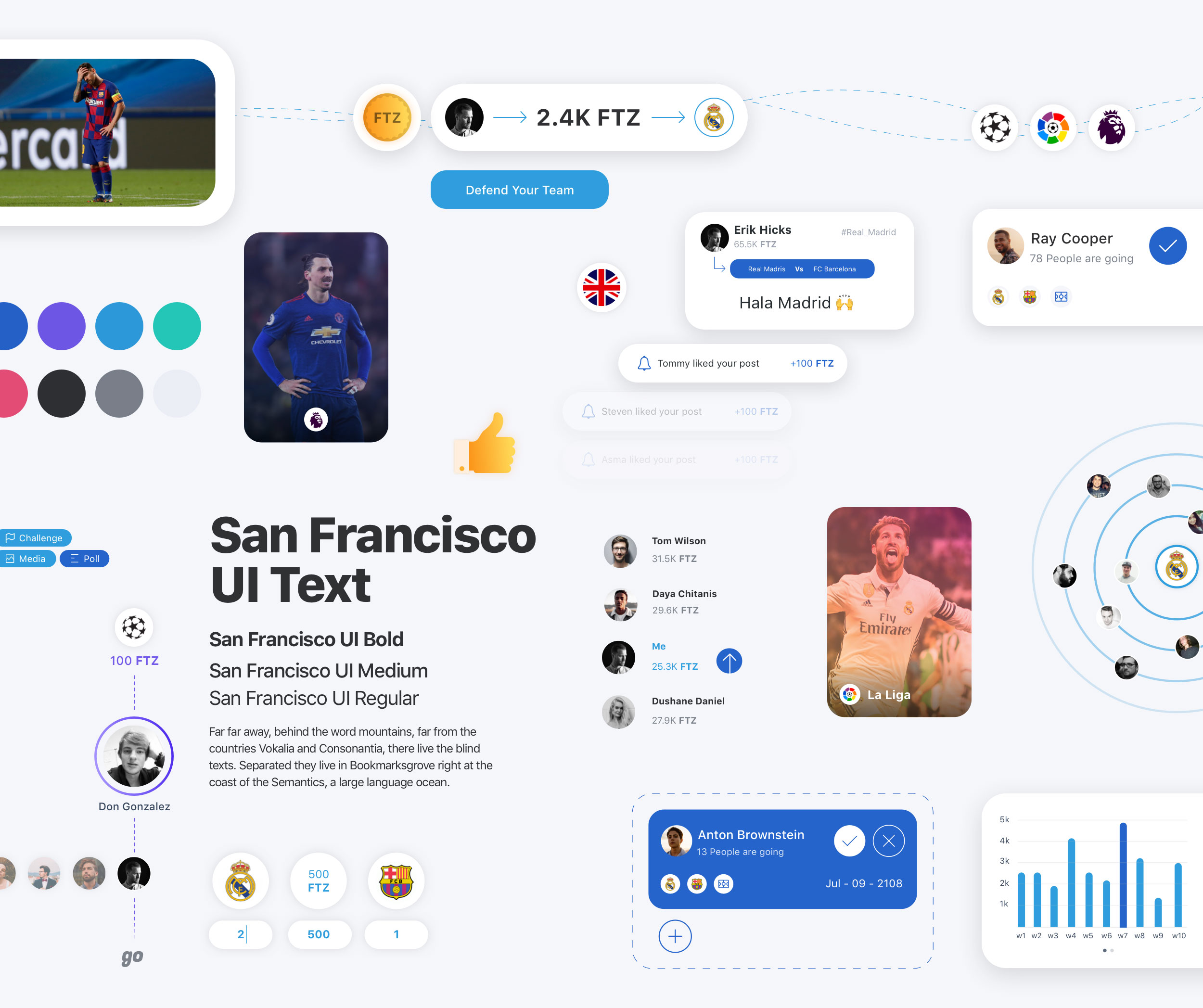 Mobile First is the way to go for Football fans

An important insight we got early on is that the target users predominantly use social media on their mobile phones. Therefore we launched the product as a mobile app first. This approach helped with early traction and retention. Below is the concept of the web version. 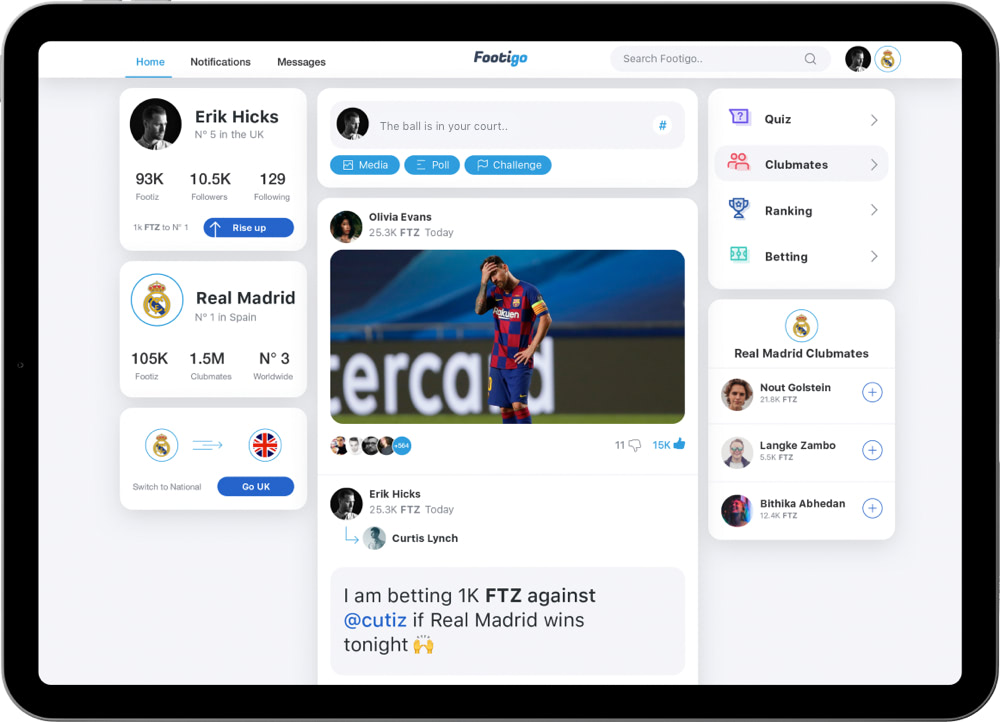 So, This is how it works

In Footigo you are the player of your favorite club. The players of the same club are clubmates, collectively collecting FTZ points (Footigo scoring system). FTZ can be collected by social interaction, betting and scoring in the Footigo quiz. The sum of the FTZ earned by all clubmates is the FTZ earned by a club. Thus, clubs rank based on the collectively generated FTZ of their fans. Besides the club ranking, there is also a player ranking. The more active you are as a player, the better you rank and the more you contribute to your club. 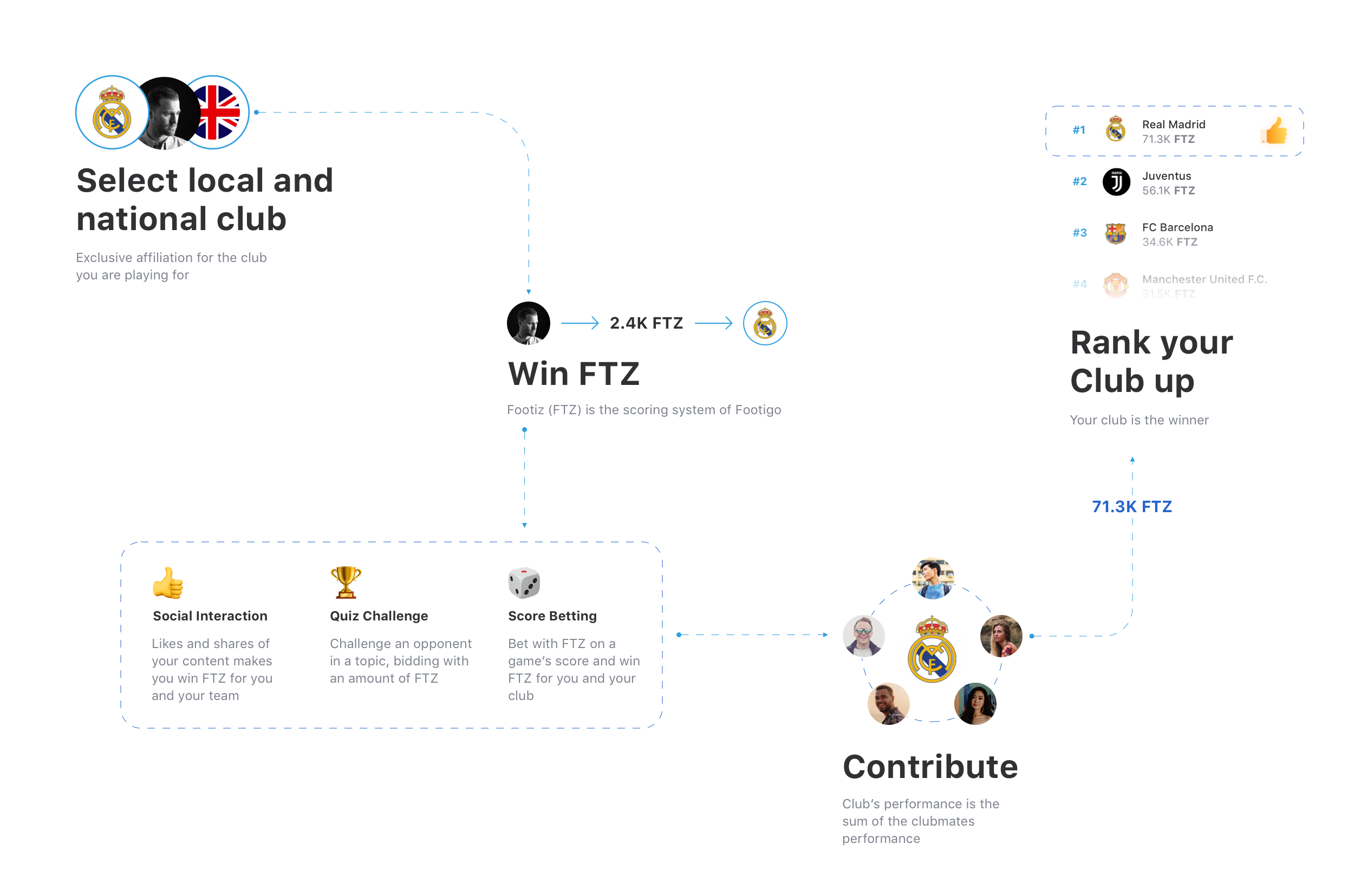 Play on behalf of your favorite club

As a player you choose two teams to play for: Your favorite local or international team and your national team.
‍
The usability challenge was to find a quick and easy way for users to select the teams and to ensure that the user always knows where he is in the application.
‍
The solution to access the team was the feature to swipe left or right. By swiping left, the national team can be selected and by swiping right, you can select the local clubs.Statistical data showed that this feature increased the visits of the national team section by 31%.

The Quiz is the most used feature by users

It turned out that the quiz was very popular among users. We started with three soccer knowledge categories and added seven more categories after noticing a high usage of the quiz. Examples for quiz categories are La Liga, Champions League, Premier League.

We also added an off-time feature, for which we have received positive feedback from users. This feature allowed for playing against another user in a different timezone and to show the results with the corresponding delay. To ensure the smooth use of the application around the world, we added a multi language support center. 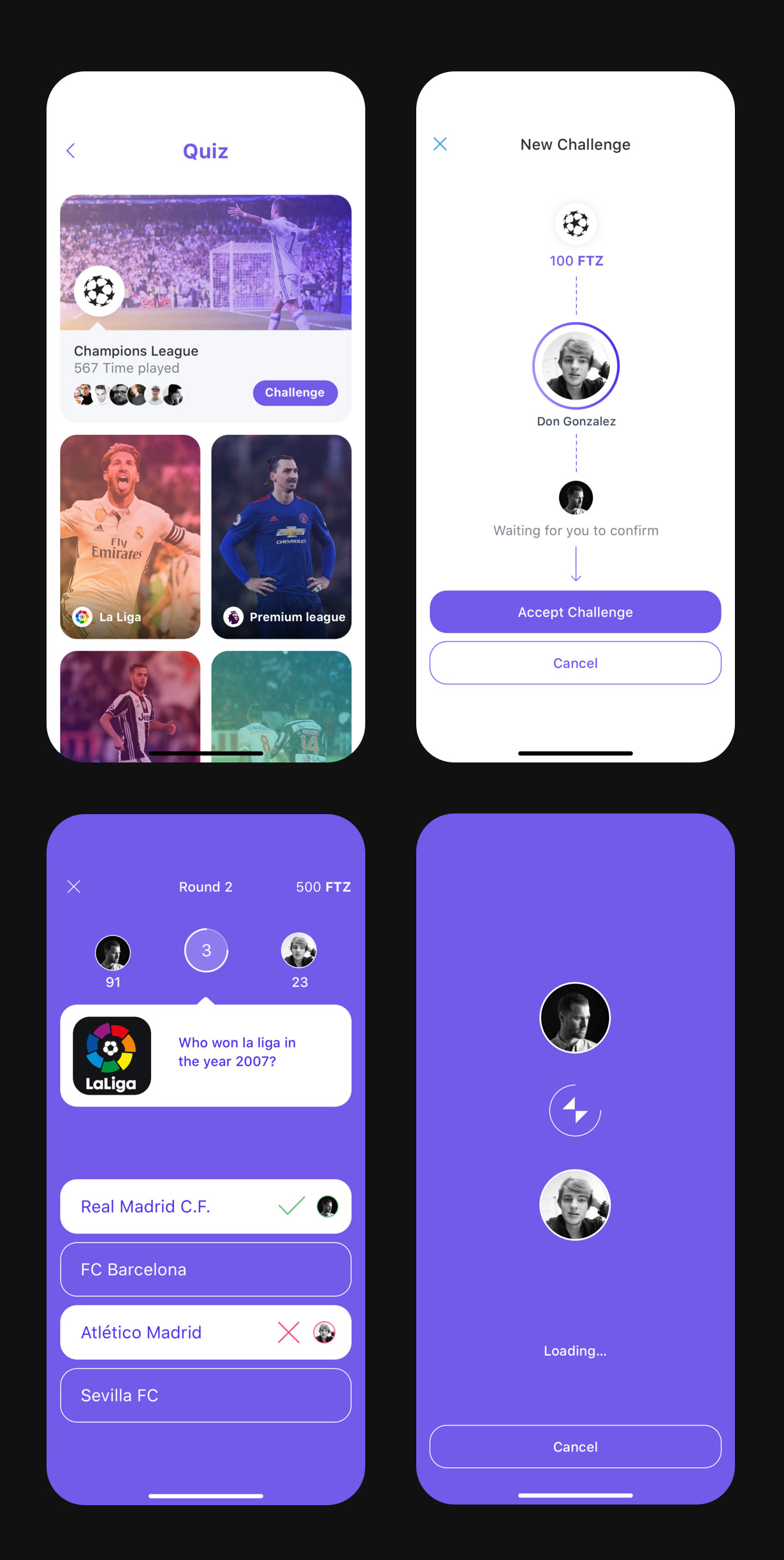 Football, the place to be for brands

Big brands like sport and football in particular as an advertising platform, due to its enormous reach. In 2016 brands have spent USD 198B on digital ads alone. However, only because someone sees an ad displayed, this does not mean that they also become interested and engage with the brand behind the advertising.

In addition to being a social media for fans, Footigo aimed to be a platform where brands can spark users interest and increase engagement and affiliation among football fans. 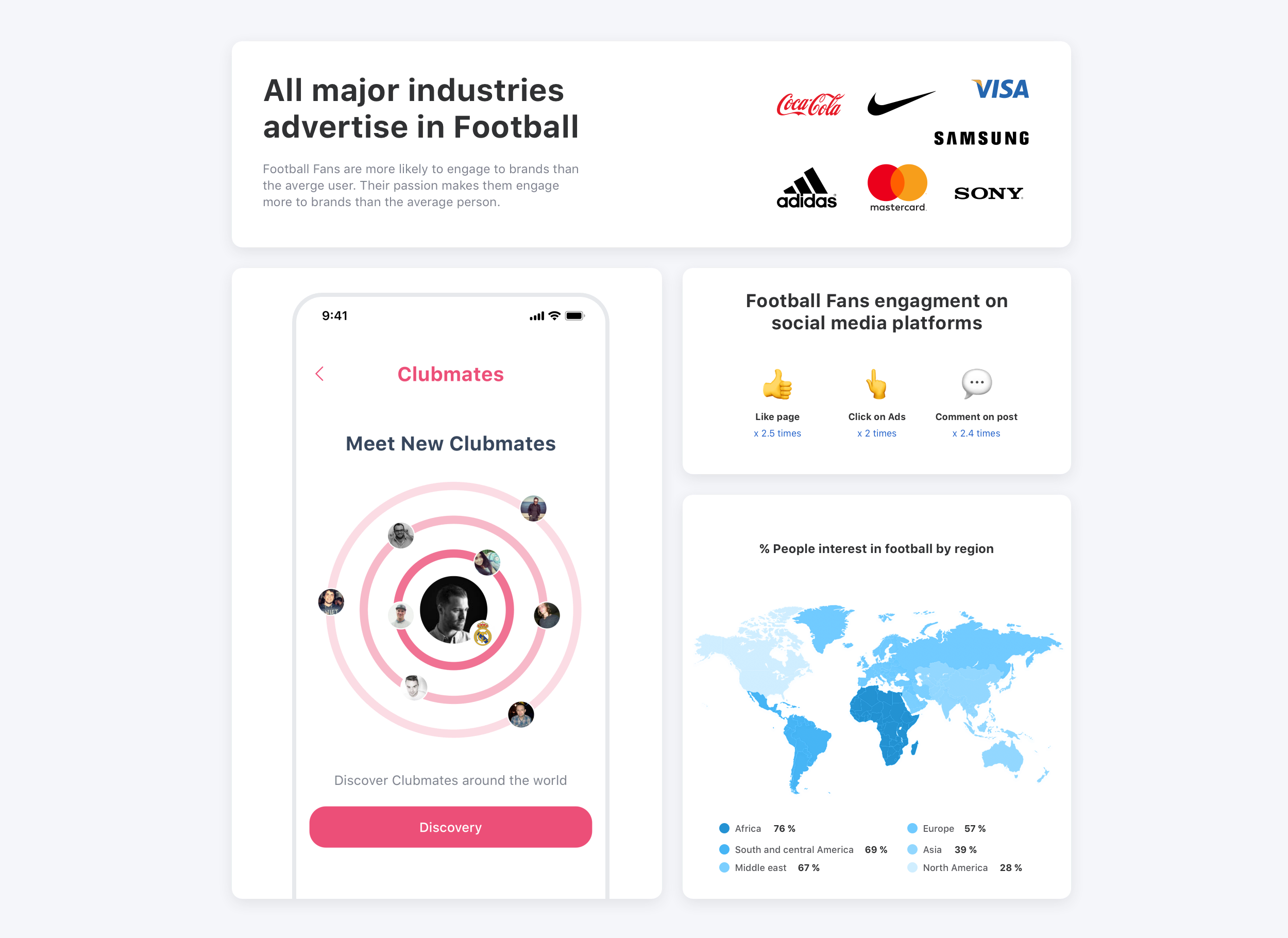 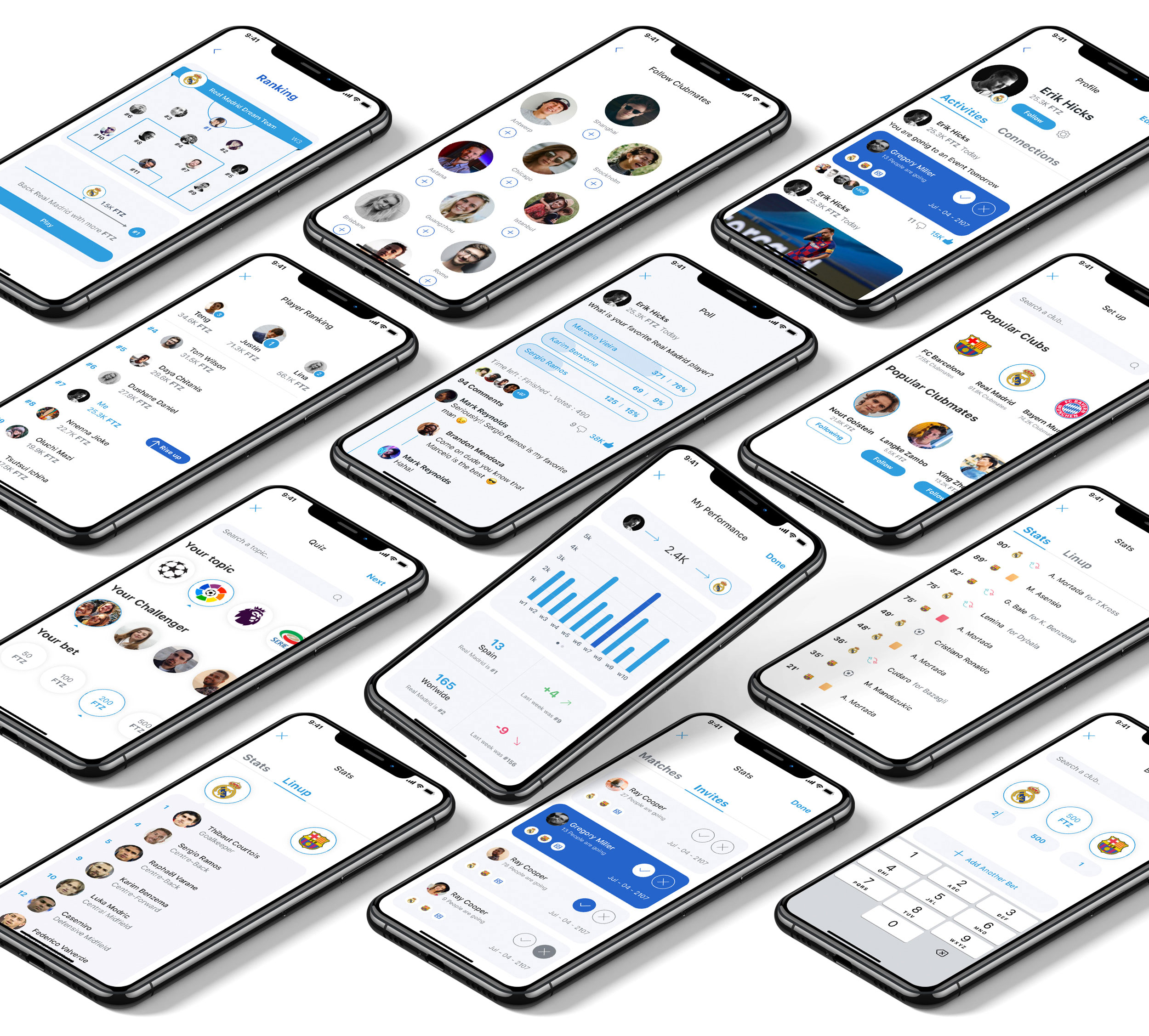 A passion for 3.5 Billion People

Football can be referred to as the most popular, most watched, most played and most revenue generating sport around the globe. Footigo is one platform, where football fans can share their passion. It is a platform for engagement, emotions, and affiliation. A place where fans can connect and collectively support their team in a virtual space.

Footigo connected thousands of passionate fans and allowed them to play for their team. It furthermore is a platform for digital advertising, where major brands in the sport industry can establish a connection with fans.

A place of shared emotions and engagement, strengthening the fan community and football scene. EUR 250’000 seed funding was raised and within 6 months 100K users downloaded the App.